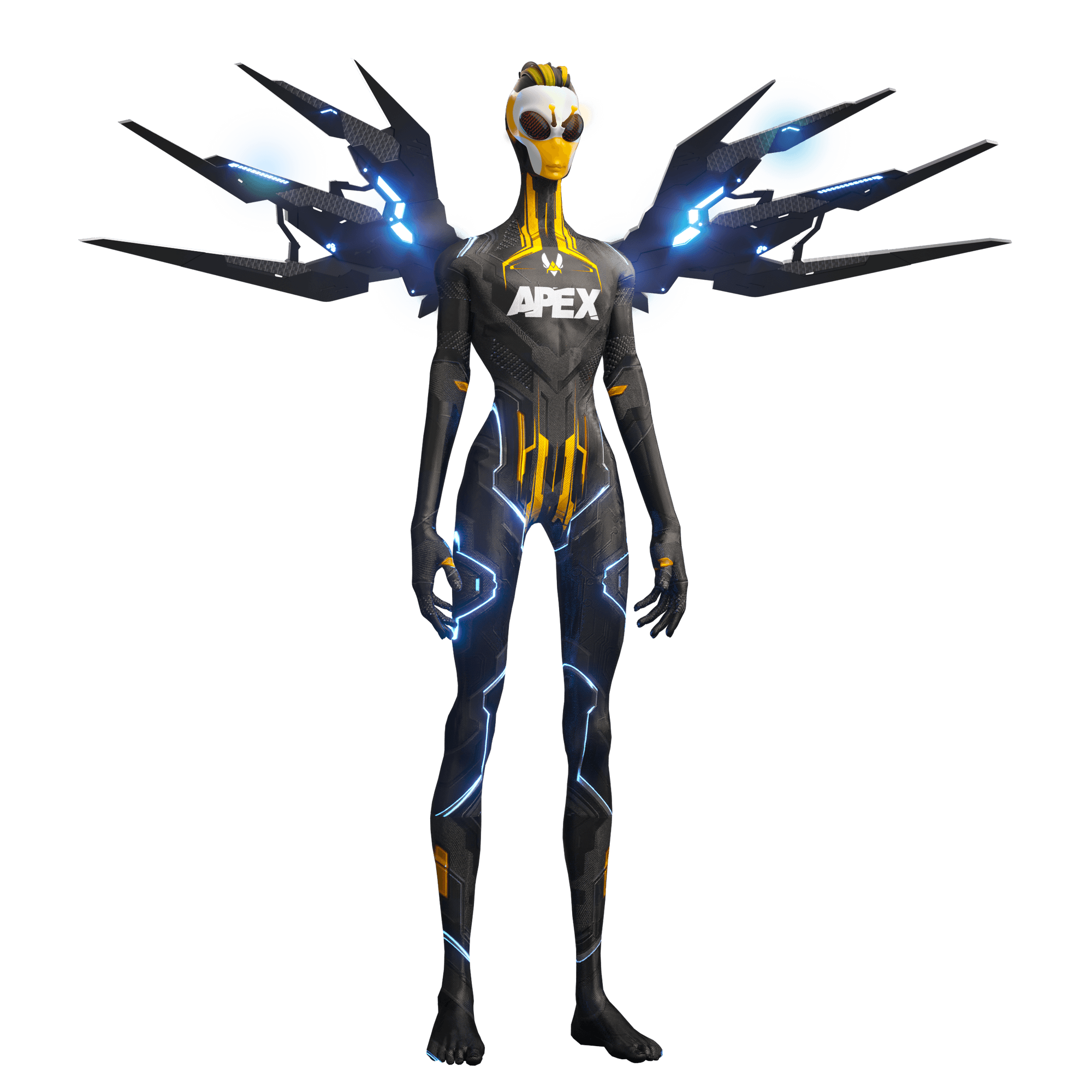 2022
Customize your digital fan identity, achieve quests to show your support and get rewarded with exclusive experiences never seen before

Customize your digital fan identity, achieve quests to show your support and get rewarded with exclusive experiences never seen before thanks to the V.Hive Mobile app.
AVAILABLE IN 23 DAYS 35 HOURS 47 MINUTES 22 secondes 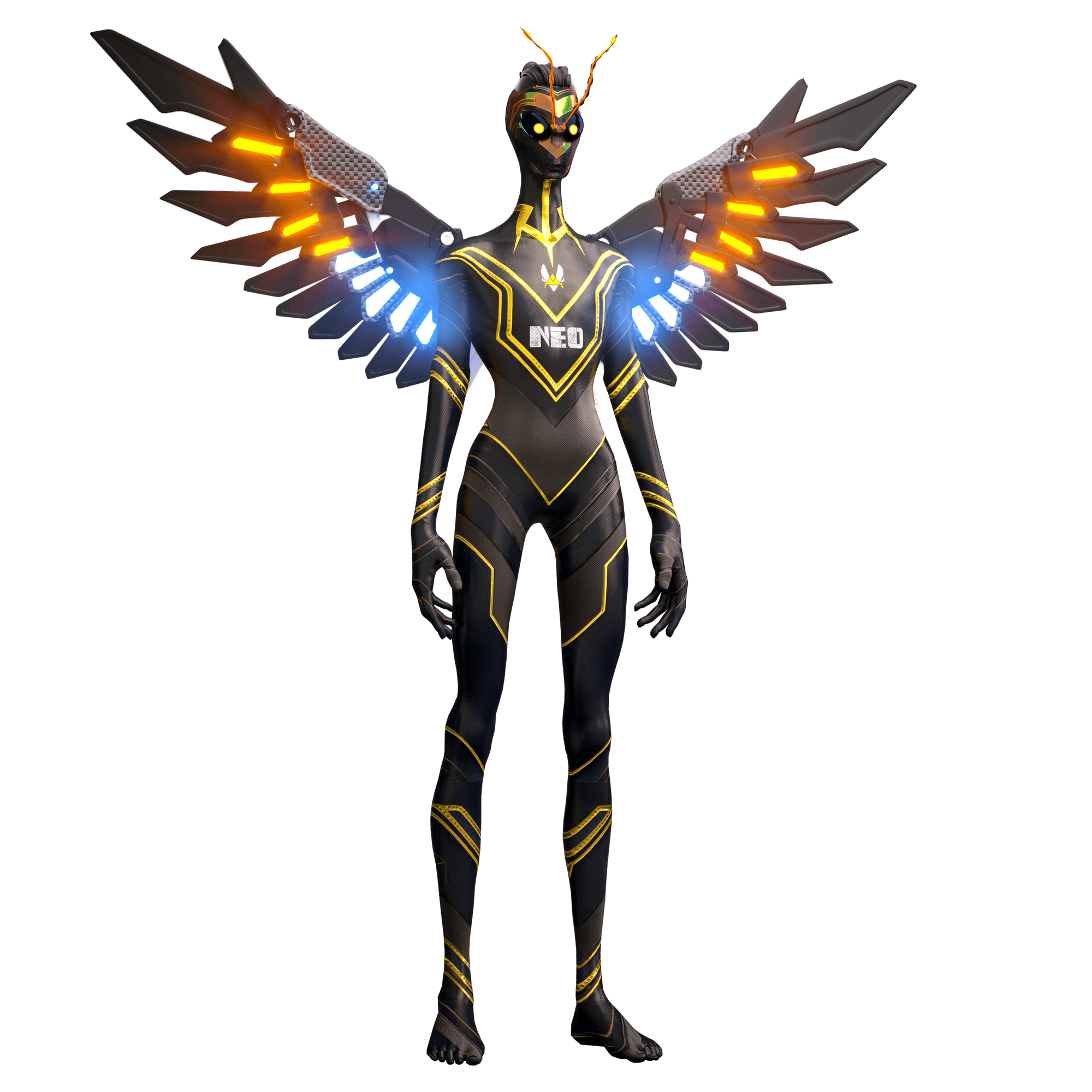 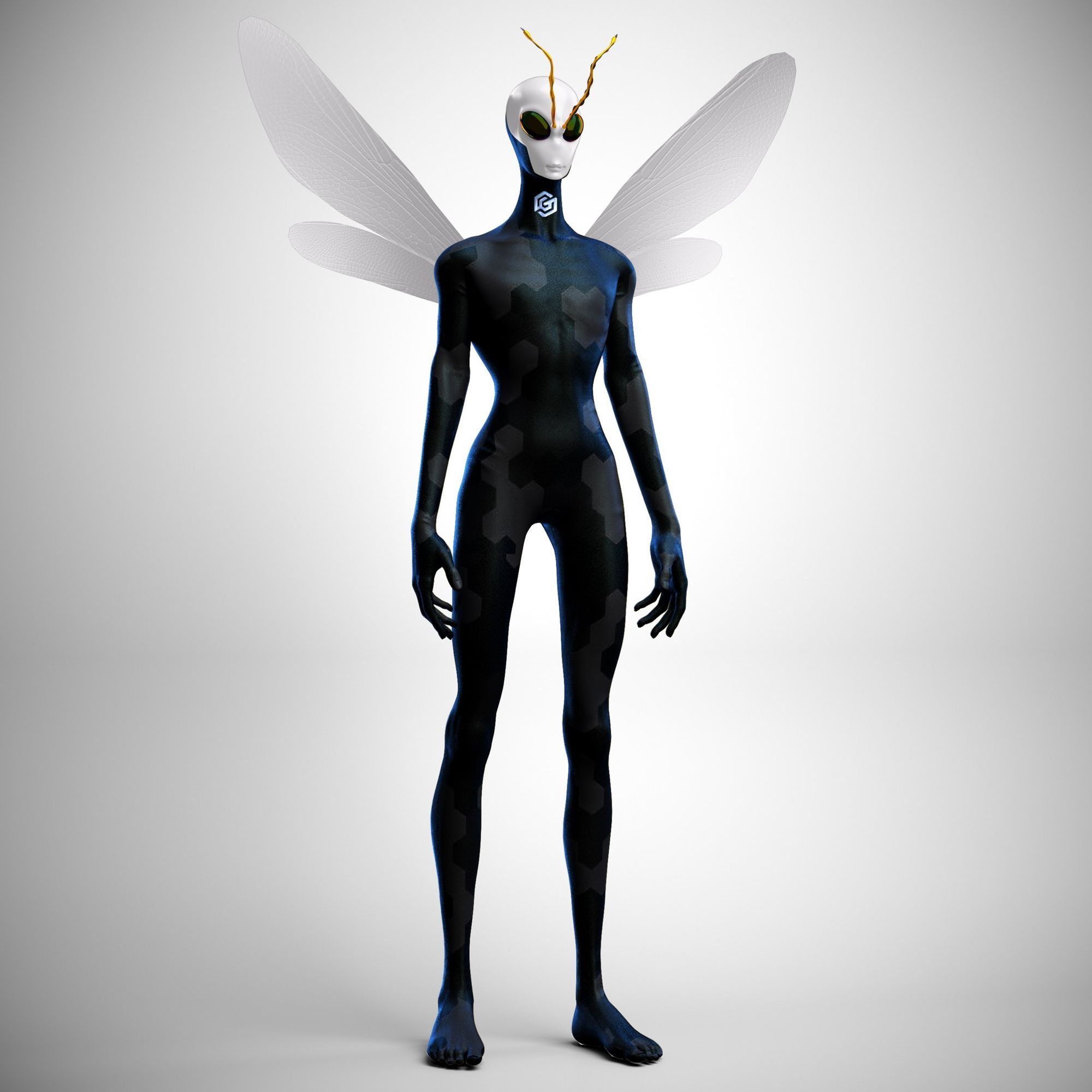 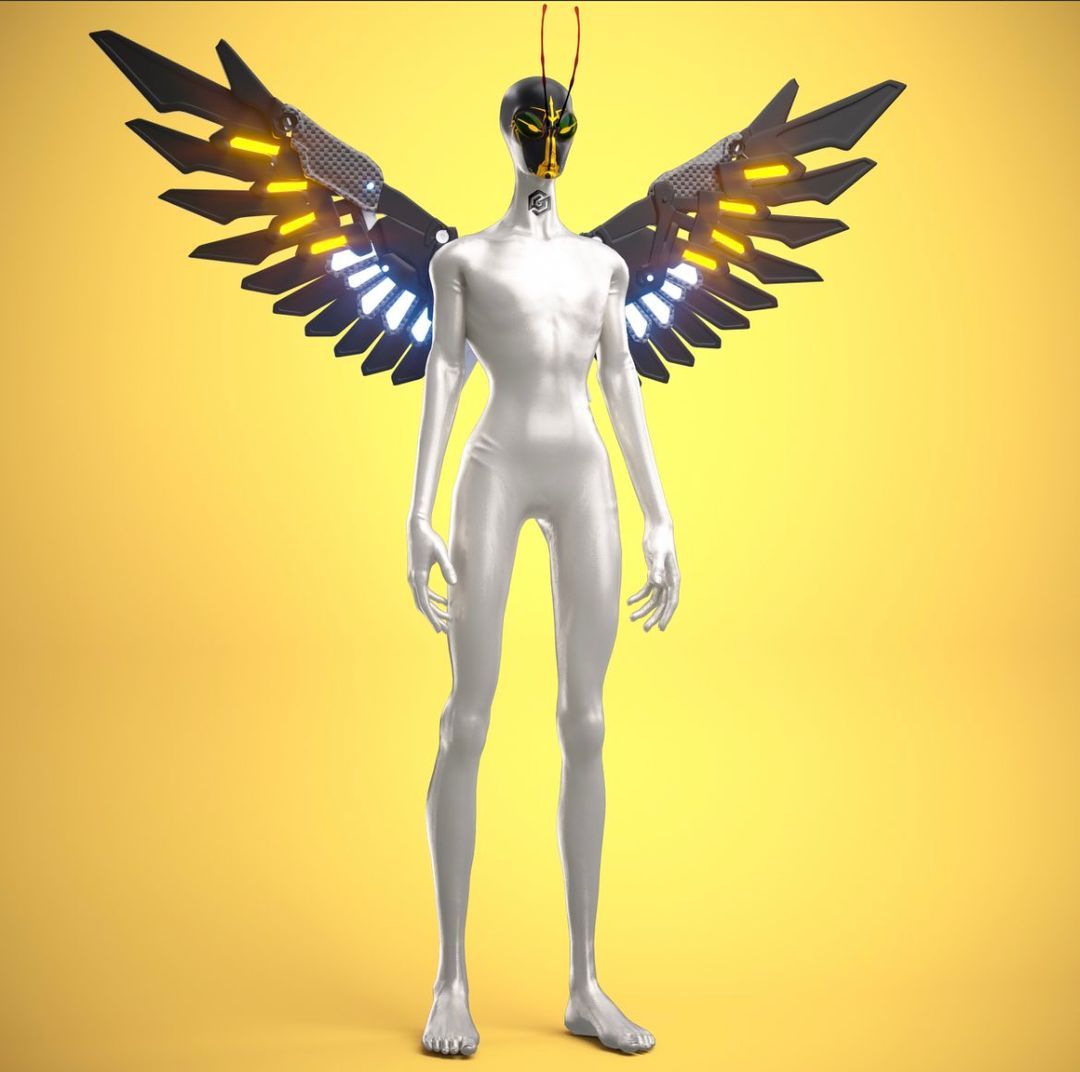 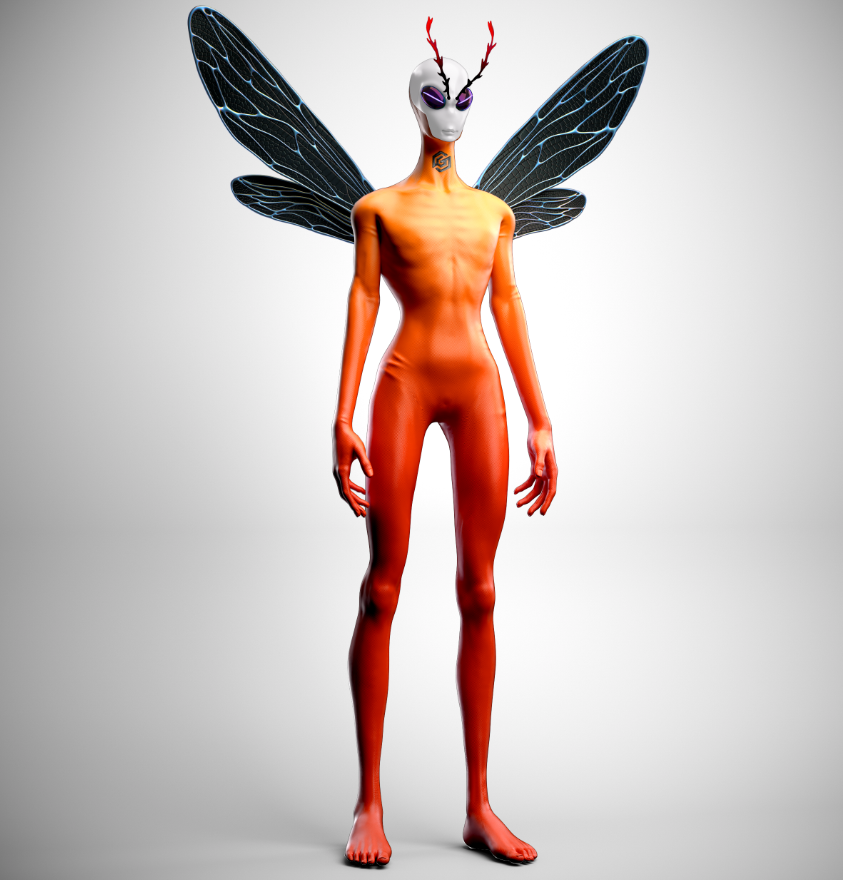 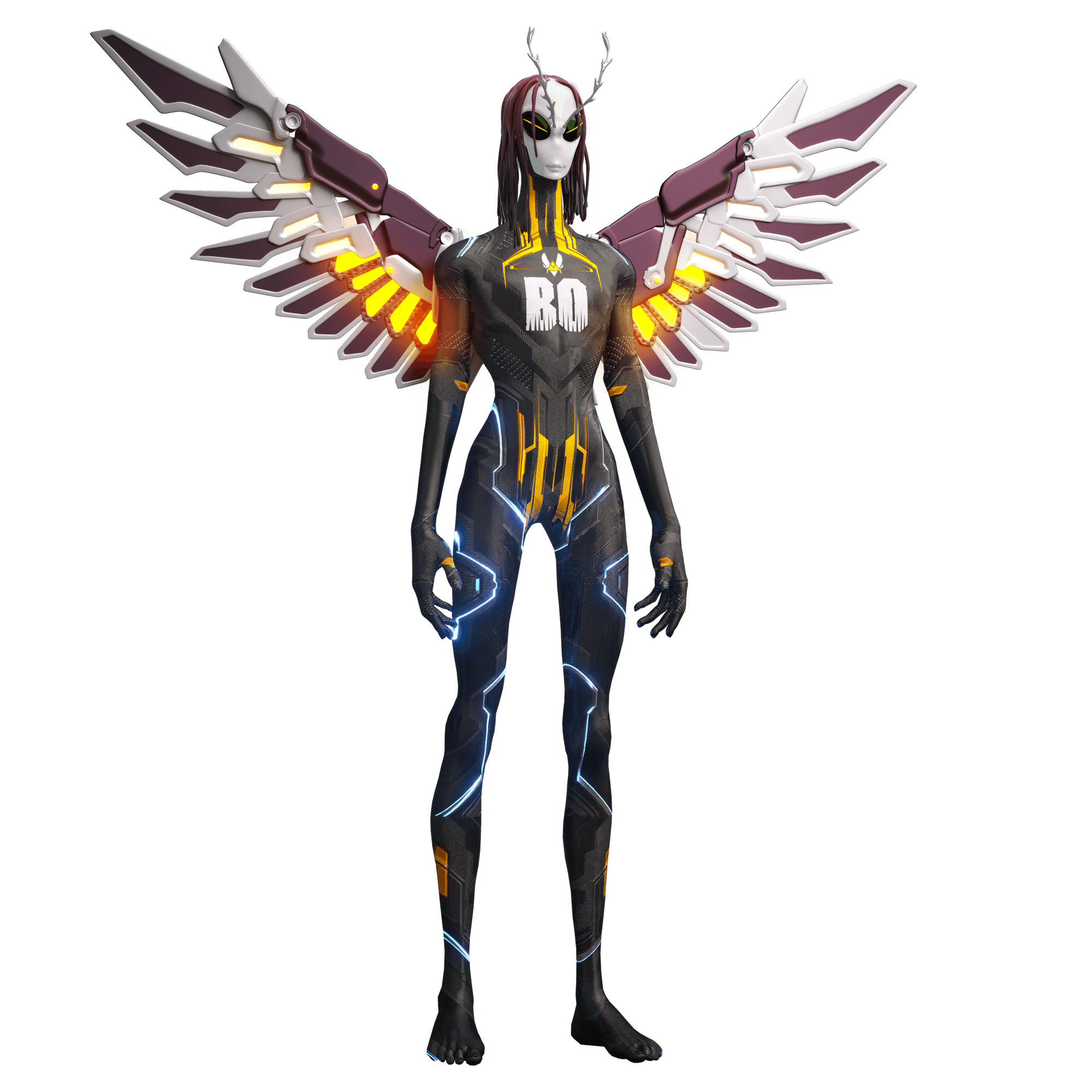 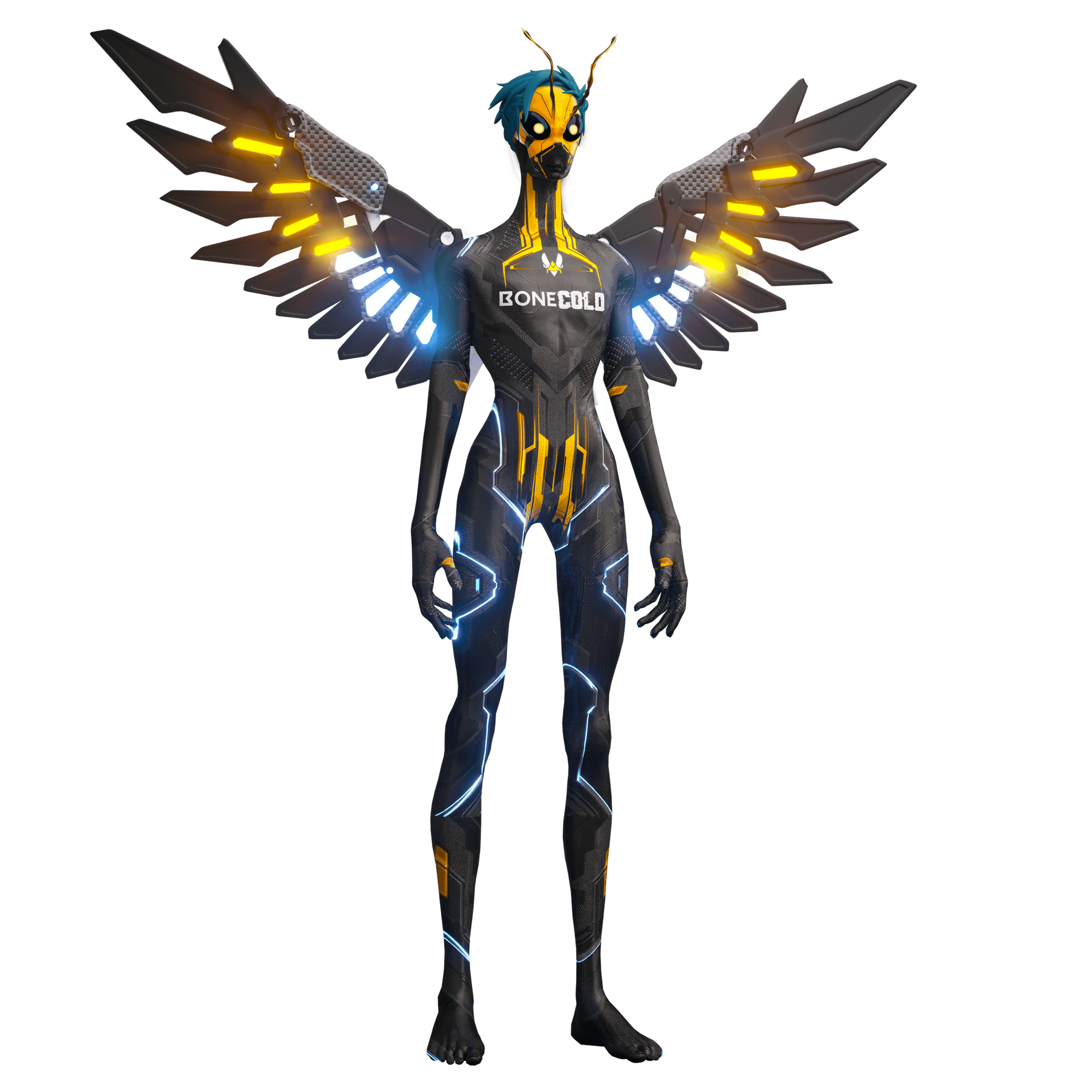 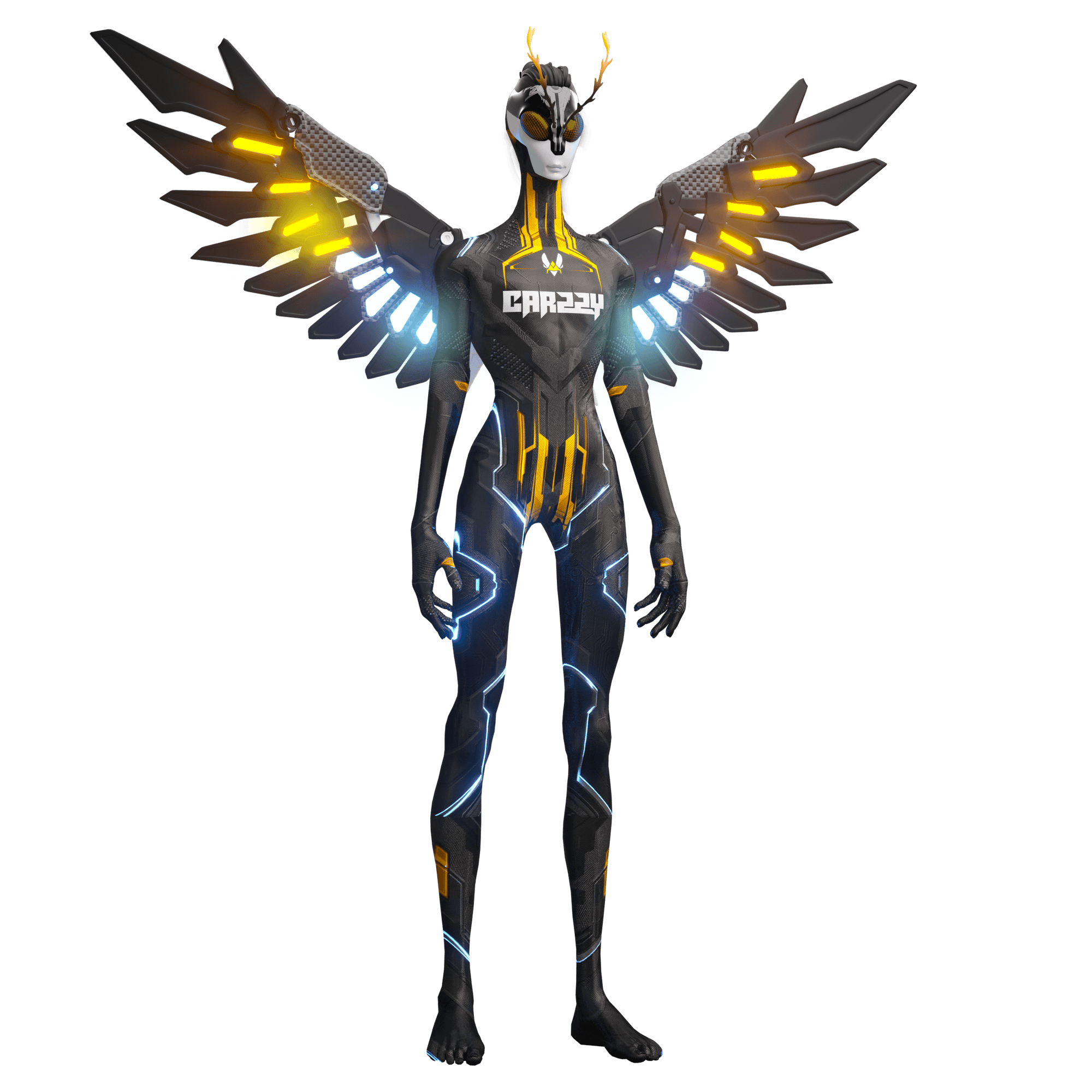 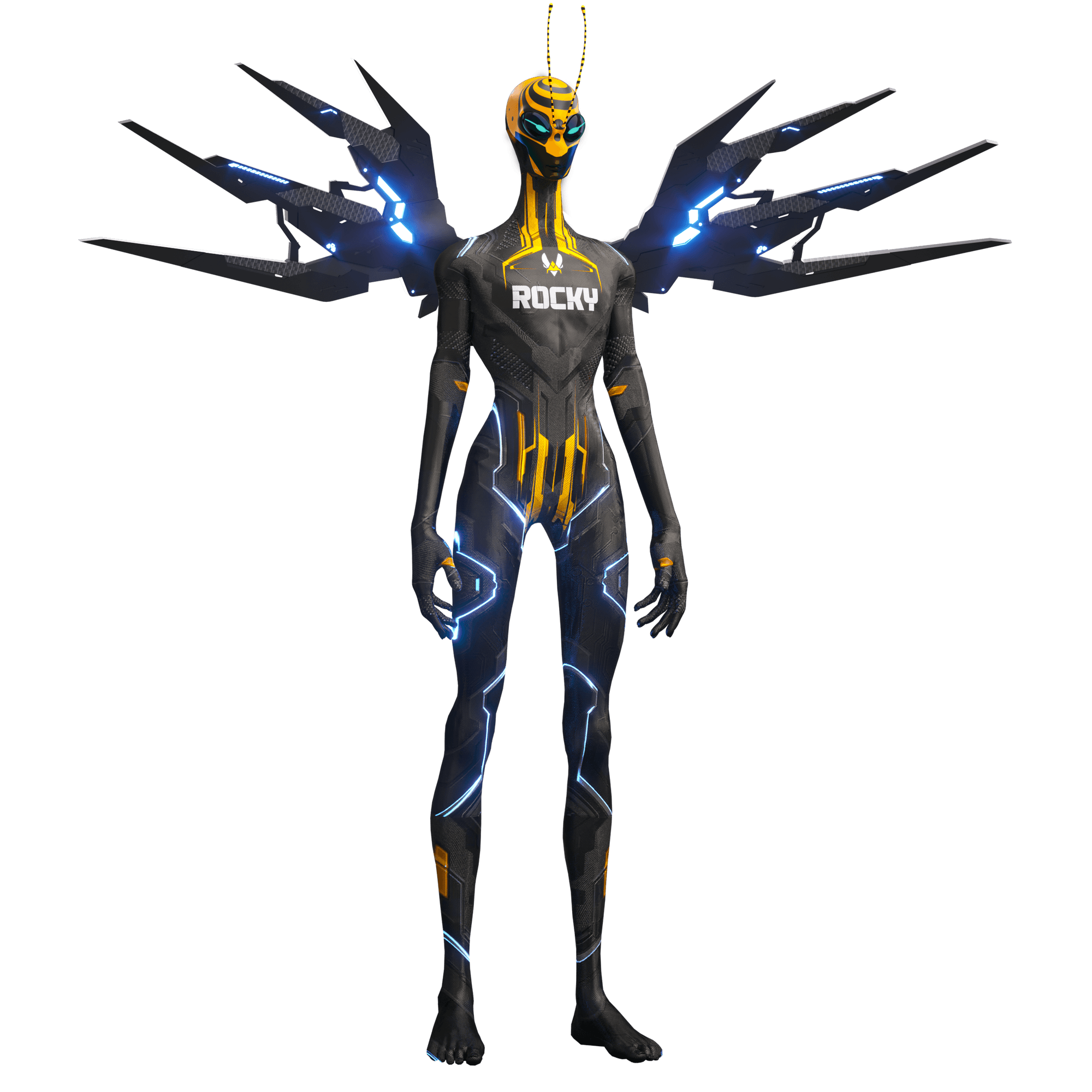 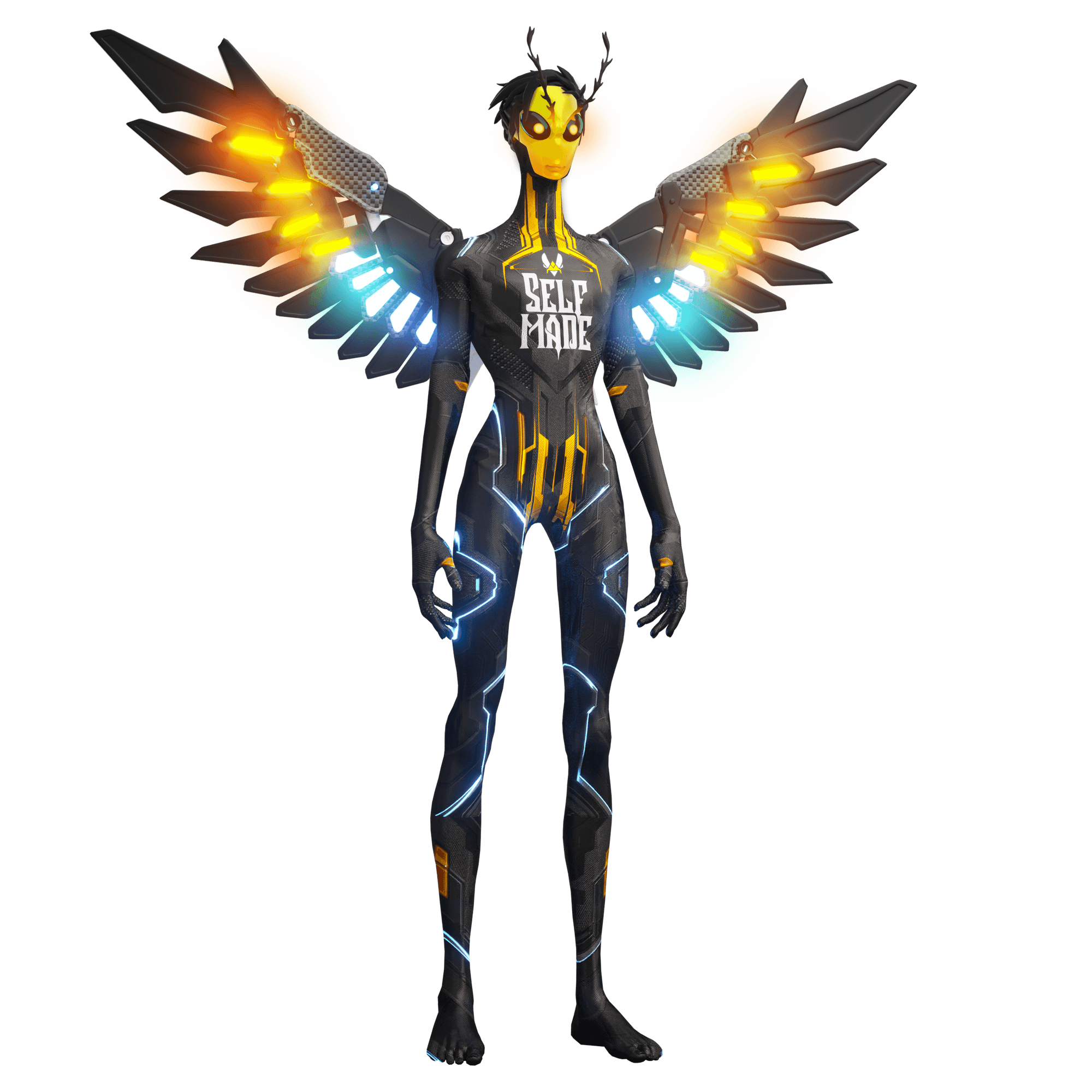 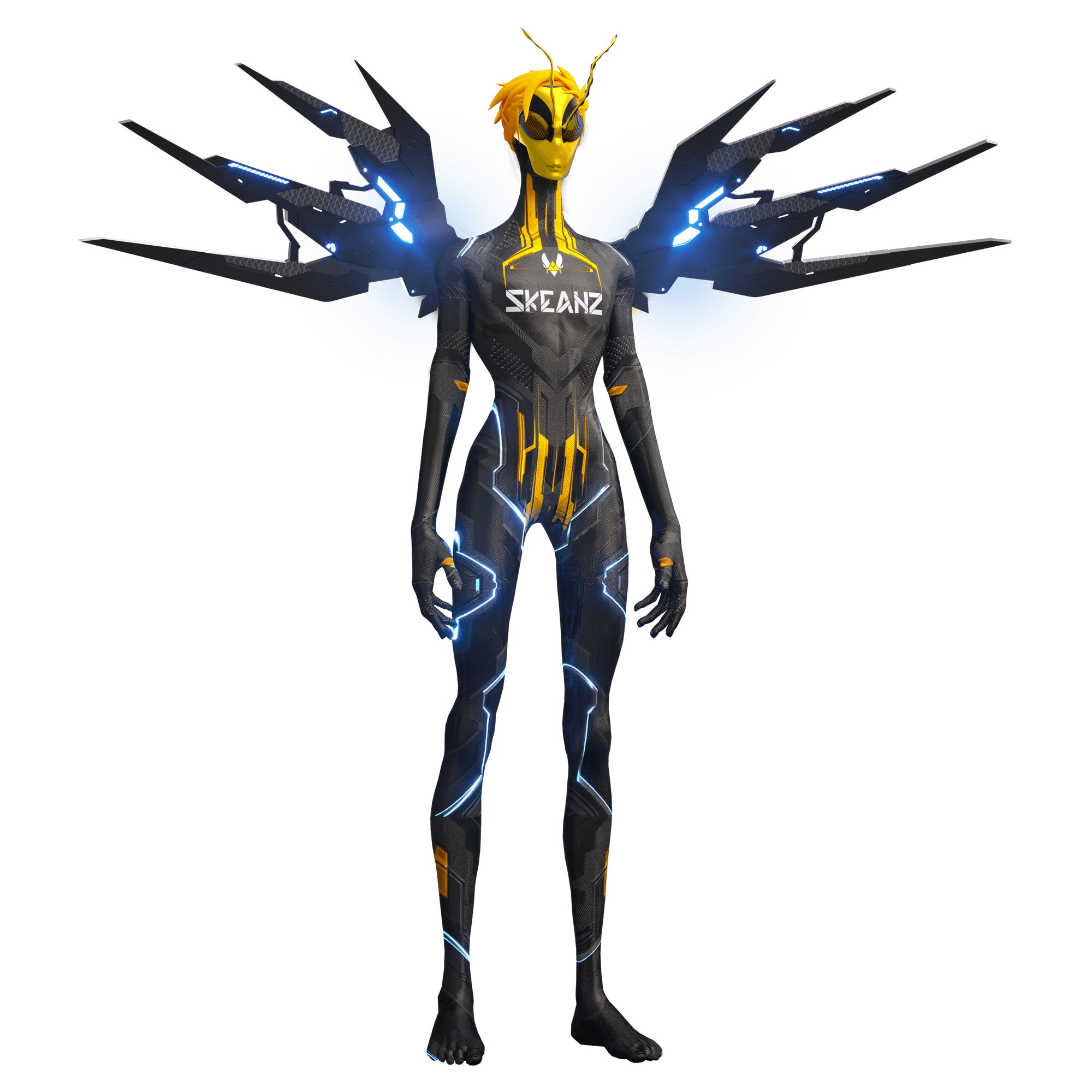 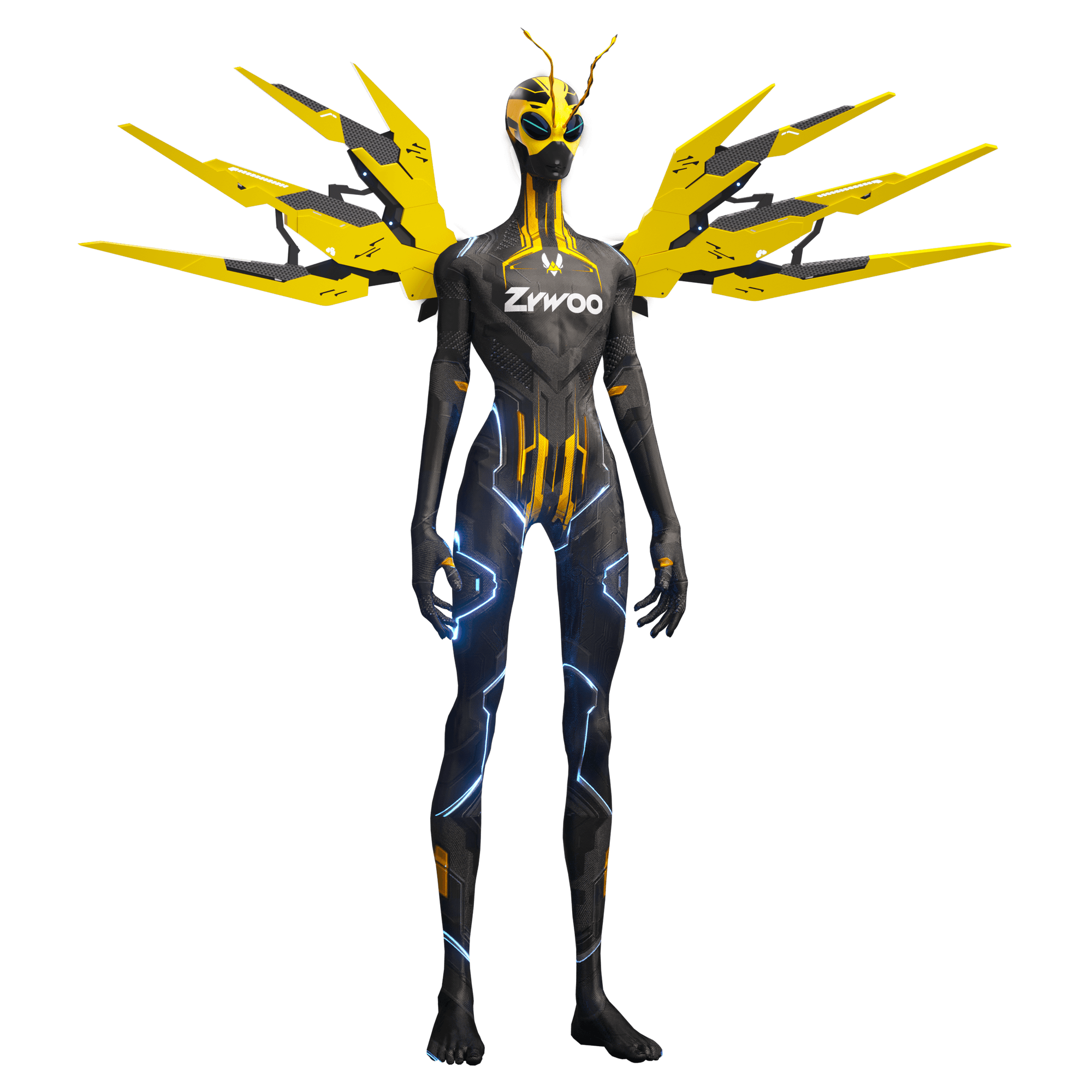 Pro players avatars
Which V.Hive Bee will best serve V.Hive
and get the closest to its Queen?

Your V.Hive Avatar is your digital fan identity.
Customize it with exclusive wearables and start exploring hundreds of quests to upgrade your rank within V.Hive.

Explore all the V.Hive Avatars

wearables
upgrading
give it
some
style
Exclusive wearables to dress up your V.Hive Avatar and make it your own.
From Vitality jerseys to lifestyle apparel and exclusive collaborations with artists.
Claim now

The lore
QUEEN BEE
Which V.Hive Bee will best serve V.Hive and get the closest to its Queen?
The story

It all started with the encounter of 2 V.Hive Bees, sharing a vision and an ambitious dream no one believed they could achieve: to create a movement filled with passion and energy. A project where each singularity would play a role for a bigger collective objective: to dominate a new world of battles never seen before.

In just few years, the hive started growing and each member found its place around the Queen Bee, from the foragers to the builders. Thousands of V.Hive Bees began to buzz to make France shine throughout the world. They all found a place to gather in Paris, at V.Hive. A place where each V.Hive Bee would stand in line to defend and expand Team Vitality’s vision. A common good made of individual efforts.

After 9 years of combat with some great victories, it is time for V.Hive to expand beyond the physical world as we know it.
It is time for V.Hive to reunite all of the V.Hive Bees in one decentralised ecosystem, a futuristic Neo-Paris universe, where they will be able to join forces from all over the world and, as a single swarm, work together to support Team Vitality in reaching its ambitious goals.

Their mission: foraging on their own or as a group to take over the esports world and more, under one banner. The more actions are made to grow the hive, the more honey will flow to empower our guards and reward the cleaners and nurses.

As V.Hive grows, so will you, going through different stages of evolution, upgrading your equipment to better defend your flag, evolving in rank while completing quests.

Tezos & Vitality : only a few steps left to become a superfan

The future of Team Vitality will be built on the Tezos blockchain. Get ready for a fan experience that will be supercharged to levels never before imagined.

Tezos is an open source Proof of Stake blockchain that is energy efficient, security-focused, and seamlessly upgradable. These features are consistent with the Club’s wider efforts to promote environmental sustainability, and to continually evolve with the support of a global community.

Evolution
more to come
roadmap
Take a trip through the V.Hive journey and discover the main milestones of the project.

V.HIVE PASS
“What is this key ?
It might activate something …”

The V.Hive Pass is the first key to enter the V.Hive project, the proof that you were there at the very beginning, your ticket to exclusive utilities and advantages for the platform launch as a Genesis holder. 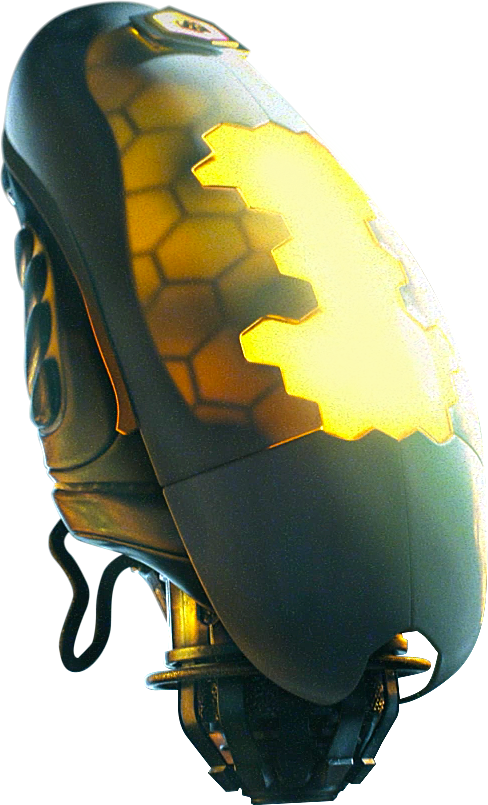 V.Hive Egg - Genesis
“A mysterious egg powered by the V.Hive Pass. It seems to be activated. What could be inside?”

The V.Hive Egg - Genesis was offered to all the V.Hive Pass holders, it's the beginning of the V.Hive adventure.

V.Hive Egg - Gen2
“A second kind of egg, self-powered. Will it unveil something different?”

The V.Hive Egg - Gen2 was claimable for free during 72h for those who missed the V.Hive Pass, it's the beginning of the V.Hive adventure. 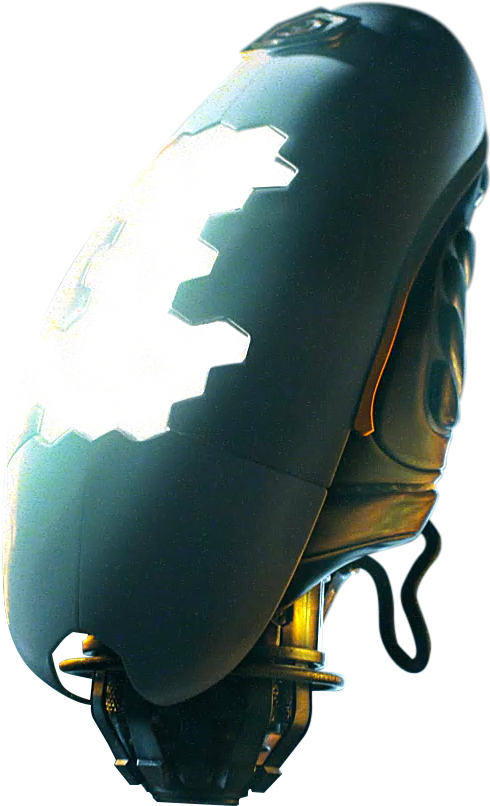 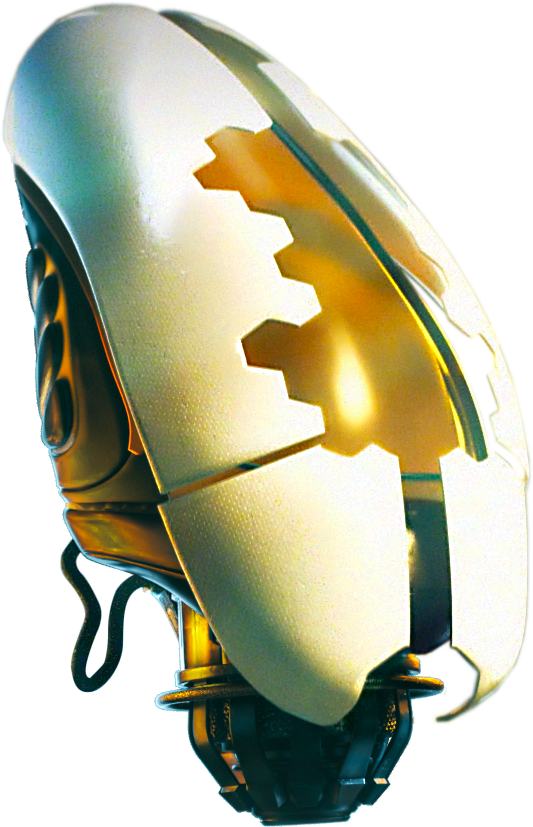 Egg - Phase 2
“It seems that the egg starts opening, what is this shape we can see inside ?”

Thanks to the community’s collective work to solve a quest, the egg entered its 2nd phase

Egg - Phase 3
“The shield disappeared, there is something alive inside!”

The V.Hive community worked hard once again to launch the 3rd phase of the egg. 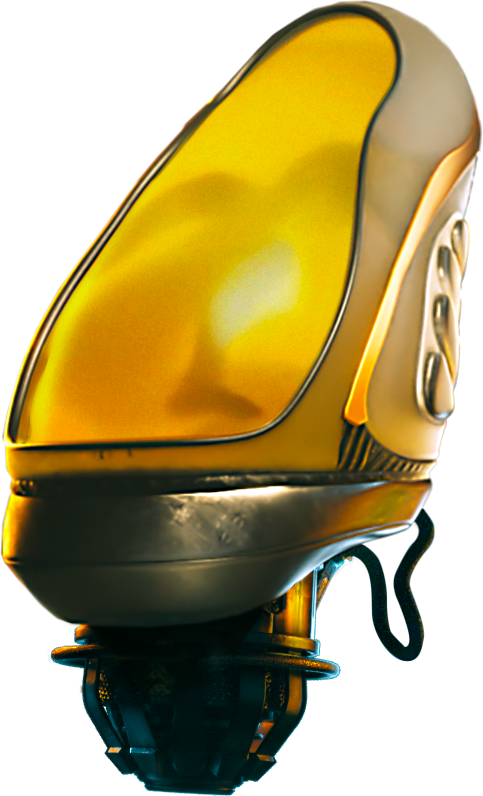 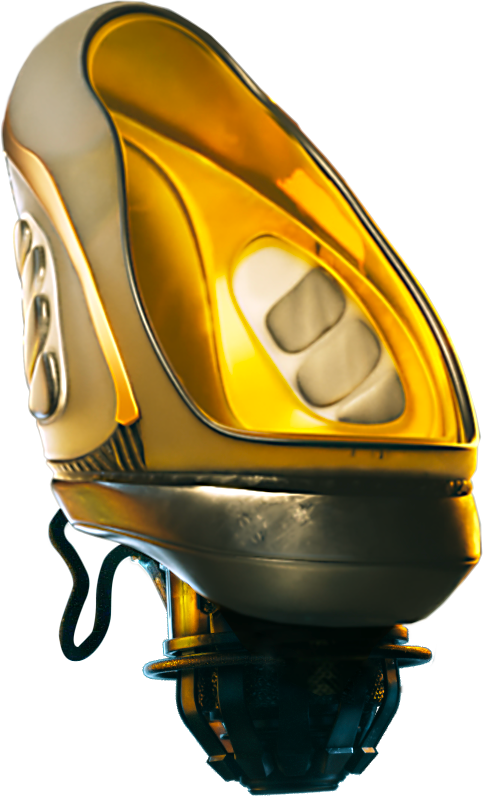 The last collective quest have been achieved and it completely opened the egg.

Avatars
“The Eggs have hatched and the Bees are out!”

TV.Hive Avatars are your digital fan identity. Discover all the bees here 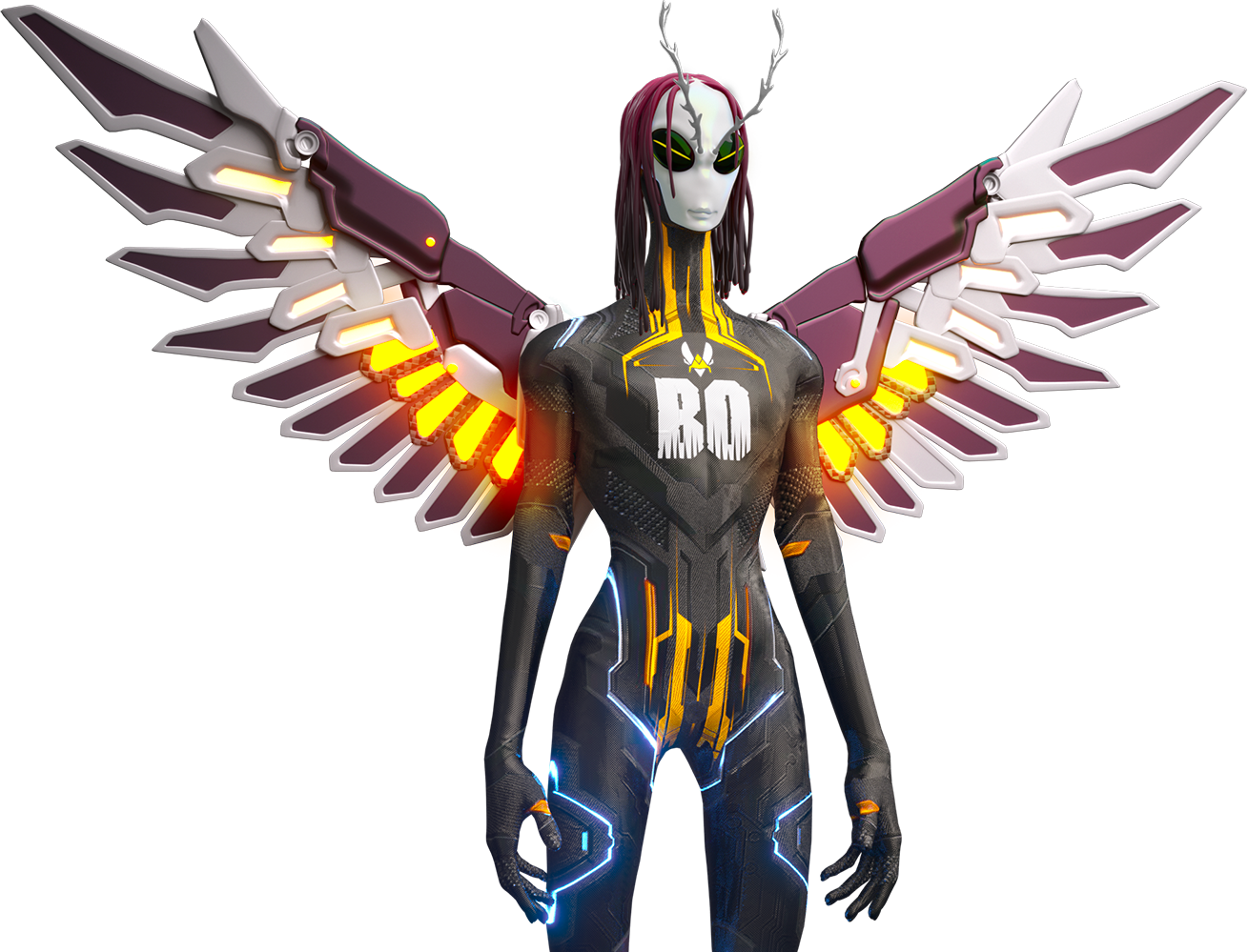 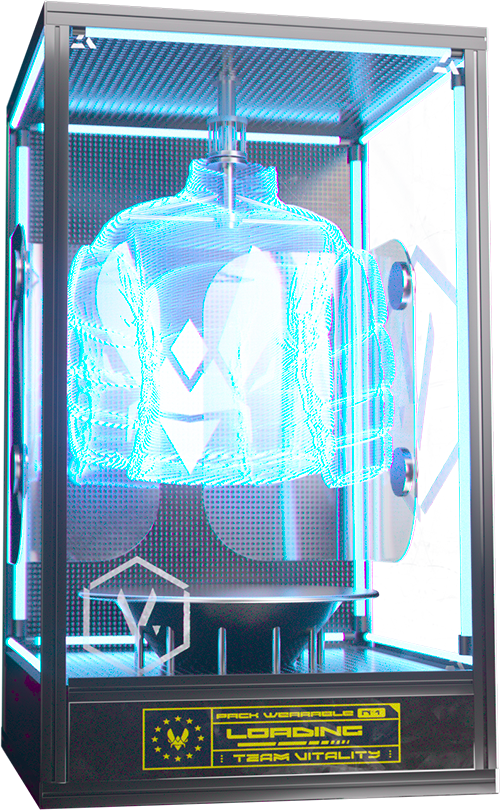 WEARABLES
“Looks like the Bees are about to put on some style!”

The first drop of wearables to customize your Avatar. A blind pack of 5 wearables, each of them randomly unveil 1 of the 5 wearable.
(including 1 designed by our fanbase).

rewards
benefits
utilities
The earlier you come, the more rewards you get. 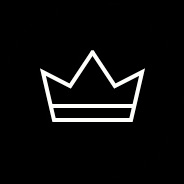 FAQ
What is an NFT ?

An NFT (Non Fongible Token) is a completely unique digital asset stored within a contract on the blockchain.It guarantees exclusive ownership of a digital asset (artistic work, collectibles, etc.)

It can be bought and resold on NFT marketplaces, and by doing so, often generates income to the original creator (resale rights / royalties) through secondary collector sales.

A blockchain is a system that verifies, authenticates and records all active crypto transactions (such as cryptocurrencies and NFTs). This is the ecosystem on which everything we mentioned above lives.

A public blockchain is similar to a database, but is differentiated by a few key attributes.Decentralized: no third party controls the open ledger and there is no master copy. Synchronized copies of the blockchain are distributed and stored on computers around the world.

A blockchain is a system that verifies, authenticates and records all active crypto transactions (such as cryptocurrencies and NFTs). This is the ecosystem on which everything we mentioned above lives.

A public blockchain is similar to a database, but is differentiated by a few key attributes.Decentralized: no third party controls the open ledger and there is no master copy. Synchronized copies of the blockchain are distributed and stored on computers around the world.

Crypto wallets keep your private keys – the passwords that give you access to your cryptocurrencies – safe and accessible, allowing you to send and receive cryptocurrencies like Tezos’ native token tez/XTZ and manage all of your digital assets. They come in many forms, from hardware wallets like Ledger (which looks like a USB stick) to mobile apps, which makes using crypto as easy as shopping with a credit card online.

Why choosing the Tezos Blockchain

Tezos is smart money, redefining what it means to hold and exchange value in a digitally connected world. A self-upgradable and energy-efficient Proof of Stake blockchain with a proven track record, Tezos seamlessly adopts tomorrow's innovations without network disruptions today.

Some blockchains have a significant impact on the environment. However, green and sustainable solutions exist to counteract the carbon emissions generated. This is why we chose Tezos, an energy-efficient blockchain, to carry this project.

The CO2 emissions generated by creating a NFT on Tezos are less impactful than those generated by sending an email.

What is a Kukai Wallet ?

Kukai is a cryptocurrency wallet which enables users to store currencies such as tez (the native Tezos token) and other Tezos-based assets such as NFTs.

How can I transfer tez to my Kukai wallet

To deposit tez on a Kukai wallet you can directly transfer tez from a centralized exchange such as Coinbase, Binance or Kraken to your wallet. To do so, input your wallet’s public address (starts with tz…) as the destination address.

Alternatively, you may use for instance MoonPay to purchase XTZ with your credit card directly from Kukai by clicking on “Buy +”

Is it possible to sell my NFT ?

Once "claimed", this NFT belongs to you (within the limit of the license granted) and can be sold on marketplaces like (Objkt.com/Rarible.com) As a part of the sale, a royalty rate of 7.5% of the sale amount is deducted in addition to the platform fees.

Through the Smart Contract technology that is incorporated into this NFT, this process is automated. The direct debits will be deducted automatically, so there will be nothing for you to do.

How to see my collectible

You will be able to see your Pass once you receive it by connecting on Kukai (before that it will be an empty wallet). To connect, use the same social login as the one used for the claim, this social login will be your access connection key to your wallet.